The saying, “nothing is truly ‘free” applies to our Constitution just like everything else – although some argue against that. With these freedoms that we have, come people who will always try to abuse them. The 2nd Amendment isn’t the only one. Look at the 1st Amendment: We have Nazi’s freely roaming the streets of the US and they can have their Nazi Germany flag waving as they throw up a “sieg heil,” and there is nothing any of us can do about it. Anything Nazi related is completely banned in Germany (understandably), but here, Nazi’s are free to do as they please because they are still protected under the 1st Amendment. Same with terrorist groups like Antifa, who wear shirts with Communist dictators like Che Guevara and Fidel Castro, who are responsible for the deaths of millions of people and ran extremely oppressive Communist dictatorships. All the while waving communist flags at their rallies. The first Amendment grants us the freedom of speech, among many other rights, but people will abuse that freedom that is given to them. Should we then go restricting the 1st Amendment because some people abuse it? Same goes for the 2nd Amendment. We have this awesome freedom to own different kinds of firearms and other kinds of weapons. So naturally, people will go off an abuse that right. But, because there will be some people who abuse the right, does not mean everyone else should lose it.

Here are some more stories where you can see an unnecessary twist to go after Republicans, gun-owners, and anyone else who doesn’t think exactly the way they do. 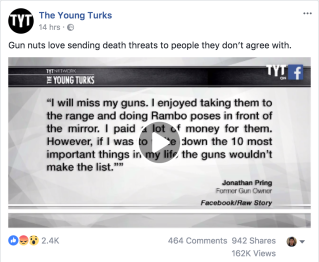 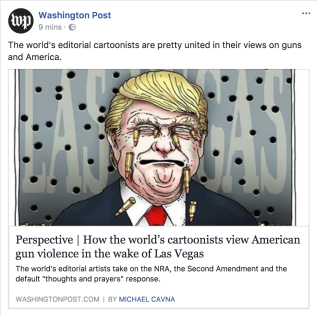 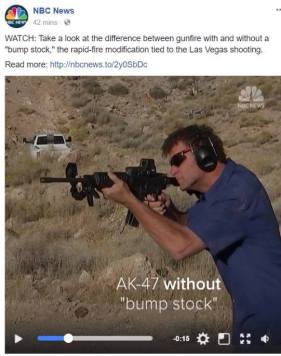 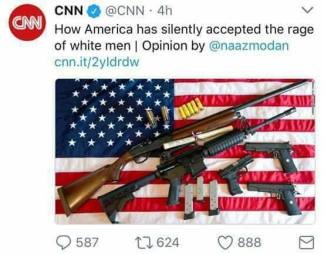 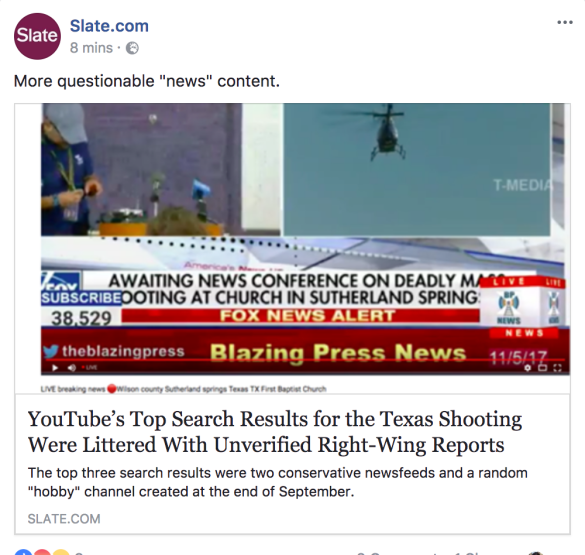 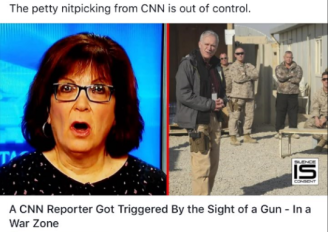 Can we also talk about how far our country has stooped over the bitterness of this last election, that we get posts like you saw earlier where Jimmy Kimmel blames all gun-owners and says, “the blood is on your hands”, as Nancy Sinatra calls for a genocide of millions of Americans. Then we have far left Democrats from the general public putting out things like this: 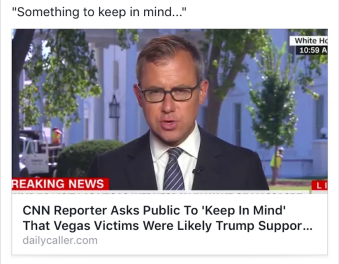 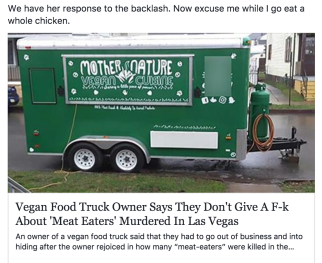 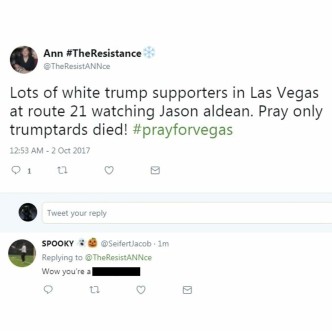 These people are the Democratic version of the people making jokes about the girl killed in the Charlottesville riots.

As you have seen, the data and statistics side towards the pro-second Amendment crowd – and a lot in most categories. This is why the pro-gun-control debate is still a losing argument, even after tragedies like Vegas. Because regardless of these fairly rare occasions, there is not much out there that can back up that side. This is why you have news agencies and journalists putting out overly cherry picked data – if not complete lies, just so they can hope to make some kind of point. If the data backed up those arguments, there wouldn’t be a need to go to such lengths to try to force a narrative on people. But people who are too anti-gun for their own good, refuse to even acknowledge that the pro-gun side could ever be able to make a valid argument.

Something that affects too many people in too many categories, is cognitive dissonance – where someone holds a core belief that is so strong, that even after they are presented with evidence that works against their belief, it is immediately dismissed and will not be accepted under any circumstances. It is so important for people to protect their core beliefs that they will rationalize, ignore, or just straight up deny anything that does not follow the current beliefs they are locked into. You name the topic, and people will fall into this trap on either side of the political spectrum.

Not liking guns and just staying away from them themselves, is not good enough for some people. They don’t like guns, so therefore no one should have them – especially the scary looking ones you see on the TV. Those people along with the people who want grenade launchers in every home, are the people you can’t debate with in this category. You can’t have a sit down talk with them, and can’t sway in any way outside of their current beliefs. Aside from those people, we should be able to find common ground here and, hopefully at some point, make laws that address the actual problems, and those problems alone.

See more questions and topics covered in the rest of the series:

(Pt.1) Why does it seem like nothing happens after major tragedies like Vegas?
(Pt.2) Should the US enact an Australia/UK style gun ban? and “The government should do a full confiscation or gun buy-back like the UK/Australia” but even Australia says it could never work here.
(Pt.3) Is the 2nd Amendment really out of date and need to be revised (or disbanded), or is it just the way it needs to be?
(Pt.4) How often are semi-automatic and automatic rifles actually used in crimes?
(Pt.5) Terminology, definitions and famous buzzwords: “Common sense gun-control,” “machine guns,” “assault weapons,” and “suppressor/silencer.”
(Pt.6) Why do people think concealed carriers are overly paranoid people with evil intentions – especially when the stats show the exact opposite. How often do they actually stop crimes?
(Pt.7) Some of the gun laws people are calling for, are already laws and have been for decades.
(Pt.8) Is everything actually the NRA’s and Republicans fault?
(Pt. 9) The “gun show loophole” is not a real thing. It never was, and never will be able to be. So what is the deal with gun shows then?
(Pt.10) Gun-free zones & the price of freedom and more media tricks.

Sources for full article (not shown in main body already):

This is a text widget. The Text Widget allows you to add text or HTML to your sidebar. You can use a text widget to display text, links, images, HTML, or a combination of these. Edit them in the Widget section of the Customizer.